By definition, “cryptocurrency” is a digital or virtual currency that is secured by cryptography, which makes it almost impossible to counterfeit or double-spend. Almost all cryptocurrencies that currently exist on the market are based on blockchain technology which help it to achieve decentralization, transparency, and immutability.

Some of the cryptography behind cryptocurrency that is used today was actually developed for military applications, with the government at one point looking to restrict how cryptography was used to the public, but the reality is that under the First Amendment to the U.S. Constitution, civilians have the right to use cryptography to exercise their freedom of speech. What makes digital currency attracting is that they aren’t issued by any central authority, unlike our traditional financial system.

An Accidental Start: The Silk Road and Bitcoin

Cryptocurrency was the inadvertent byproduct of bitcoin, the very first cryptocurrency. Unfortunately, when bitcoin first started to get its name around, it was in a negative light. Ever heard of The Silk Road? This was the “Amazon” for drugs, weapons, anything...on the dark web. And to maintain complete anonymity, Ross Ulbricht, its creator, implemented bitcoin as the payment mechanism.

For more information on The Silk Road, we suggest you check out Nick Bolton’s book “American Kingpin”.

The Birth of Bitcoin 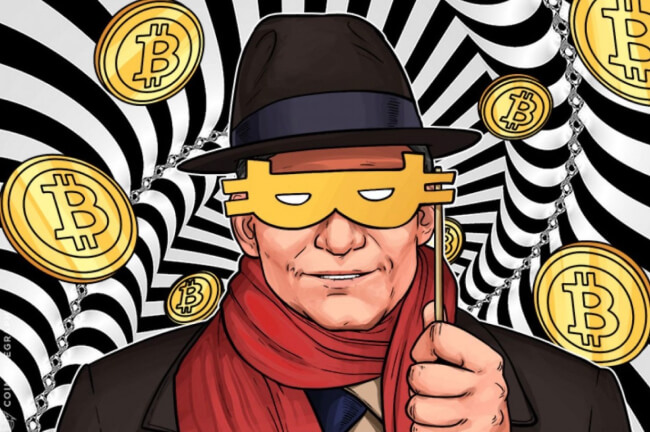 Launched in 2009, Bitcoin was created by an individual or group known only by the pseudonym, ‘Satoshi Nakamoto’, and shared a whitepaper explaining the concept on SourceForge.

Now, bitcoin wasn’t the first attempt at creating such a system. But it was the only successful system that persevered. Over the years, closer to a decade, there had been many attempts to create digital money, but they all failed. Previously, all the (failed) systems utilized a Trusted Third Party approach, where the companies behind those systems both verify and facilitate the transaction.

So what made bitcoin different? Satoshi added the element of “decentralization”.

Today, the true identity of Nakamoto remains a mystery, although over the years, individuals have come forward claiming to be the “real” Nakamoto, including Dorian Nakamoto, Craig Wright, and Nick Szabo.

Nakamoto’s vision behind bitcoin was to create a peer-to-peer (P2P) electronic cash system that was completely decentralized. Of course, it was never his/her/their intention to have it used for illicit/illegal purposes, but welcome to the nature of the beast.

Perhaps one of the biggest problems Bitcoin and crypto aimed to solve (and arguably do) for payment networks, is “double spending”. What you need to know is that this isn’t an “accidental” behavior, but everything to do with fraud and misrepresentation.

Double spending is a fraudulent technique where an entity spends the same amount twice. By removing “centralization” or intermediaries, this opened payment networks up to the potential for manipulating balances and transactions.

The Birth of Bitcoin

These are every other digital currency that has been created after bitcoin. The most notable examples include, but aren’t limited to Litecoin, Ethereum, Cardano, and the list goes on.

As of today, there are over 5,000 altcoins in existence. Let the buyer beware!

What Can You Do With Cryptocurrency?

Literally, anything and everything, regardless of what part of the world you’re in or the business sector you’re in. You can even pay for your college tuition with it. But stay away from any illegal activity, otherwise you’ll end up in a federal prison like Ross Ulbricht, or the running list of bad players that think they can get away with it.

For a decentralized system, having transactions that are irreversible, pseudonymous, secure, and fast and global.

As of 2020, many merchants and vendors have begun to accept Bitcoin as form of payment, including Overstock, Newegg, along with other local shops, bars, and restaurants.

So, what are people doing with it exactly?

When deciding whether to invest in cryptocurrencies, make sure you do so at your own risk and/or obtain legal counsel, financial advisor, and/or someone well-versed in securities law and digital currency. The reason for it is that this market is extremely volatile, making it almost impossible to predict whether its value will increase or decrease on any given day. Similar to the traditional stock market, this also leads to greed, fear, and speculation, which ultimately drives its overall value.

As Bitcoin is the industry’s premiere and dominant cryptocurrency, a good place to start is with looking at CoinMarketCap for valuation as well as the Bitcoin Fear and Greed Index.

For more information on how to buy cryptocurrency, please click here.

You Can Accept Payments (for your business)

No different than accepting cash, your business can also accept cryptocurrency as a form of payment. Easiest way to do this is by first letting your customers know.

For tax purposes, you definitely want to be careful when you’re reporting sales where cryptocurrency has been accepted. For more information on this, please click here.

No different than accepting cash, your business can also accept cryptocurrency as a form of payment. Easiest way to do this is by first letting your customers know.

For tax purposes, you definitely want to be careful when you’re reporting sales where cryptocurrency has been accepted. For more information on this, please click here. 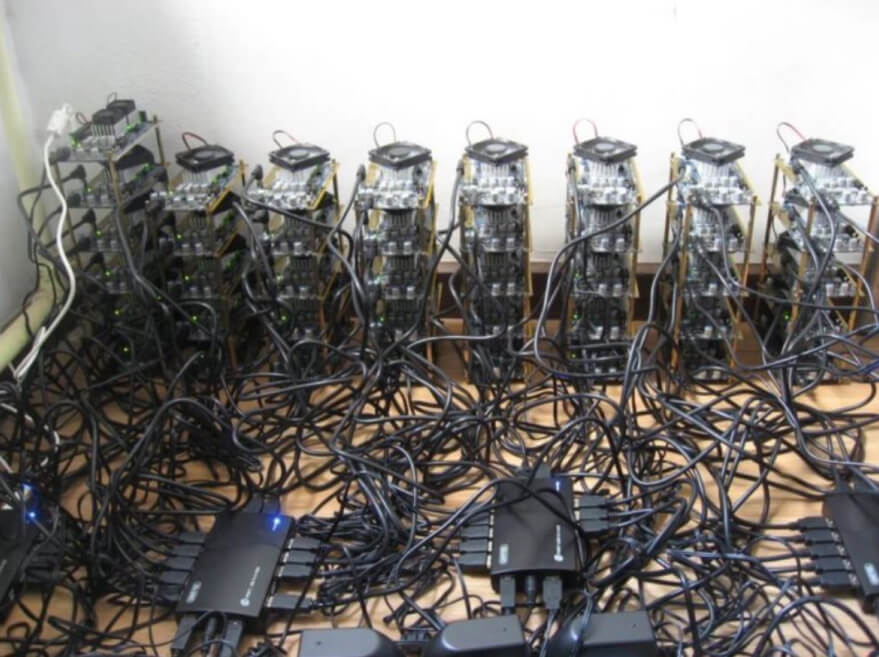 Cryptocurrency is powered by both the blockchain network and miners. Miners are the heart and essential to any cryptocurrency network. So who or what are miners?

Miners are nothing more than computers, powered by humans, whose sole job is to contribute computing power (and lots of it) to helping solve complicated cryptographic puzzles for the purpose of confirming a transaction, and recording it in a distributed public ledger, or the Blockchain.

What keeps the concept of mining intreresting, is that the difficulty of the puzzles constantly increases. The more popular a cryptocurrency becomes, the more people try to mine it and the more difficult the process becomes. The incentive for miners to put in the energy (literally) and time, is that they also receive a reward for solving the cryptographic puzzles.

Its worth mentioning that not everyone can mine, otherwise they’d be bankrupt and homeless. Why?

Back in the days, it was very easy to make a nice-sized profit simply using your computer. But today, Bitcoin mining is only profitable and worth it, if you’re willing to invest in an industrial-grade mining hardware, which comes with pretty hefty electricity bills.

Depending on the cryptocurrency, there are only ever so many total coins that are able to be mined--think of it as a “cap” of total circulation. Most cryptocurrencies have a controlled supply, which control the supply of the token by a schedule written in the code. Over the time, supply decreases in time, which directly impacts inflation.
In the U.S., the FinCEN issued its guidance on when mining of cryptocurrencies and their subsequent exchange, is considered to be pursuant to federal law.

Irreversible
After confirmation, a transaction can’t be reversed. At all. Once money is sent, it’s sent. If you accidentally send money to a scammer, there’s no recourse or safety net for you. The network is immutable, and unforgiving. But that property is also what makes crypto so secure. No centralized body or government can decide what you can and can’t spend money on. Once it’s spent, it’s spent.

Pseudonymous
Any accounts and transactions are not connected to a real world identity. Bitcoin is sent to 30 character addresses that consist of various letters and numbers. Through intensive analysis, it can be possible to track certain addresses activities in relation to each other, but your Bitcoin address should have ni real world ties to your identity.

Fast and Global
Transactions can be propagated nearly instantly and confirmed within a couple of minutes. Since a decentralized networ has nodes across the world, transactions are indifferent to your physical location and are always routed through the optimal node. It doesn’t matter if you’re sending Bitcoin next door or across the world, the transaction is the same!

Secure
Cryptocurrencies are locked by public key cryptography. Only the owner of the private key attached to the funds can send them. Very complicated mathematics makes this scheme impossible to crack, at least within several human lifetimes. There are more public and private key pairs in the Bitcoin network than there are stars in the Andromeda Galaxy. It would take an unbelievable amount ot time to crack any specific one.

Permissionless
You don’t have to ask anyone to use cryptocurrency. The network is incapable of discrimination. All you need to do is download the software for free! After it’s installed, you can send and receive Bitcoins as much or as little as you like! You can even run a node that allows you to actively participate in the confirmation of transactions!
Start buying and trading cryptocurrency
Sign up and start opportunities with the future of currency
Sign Up Now 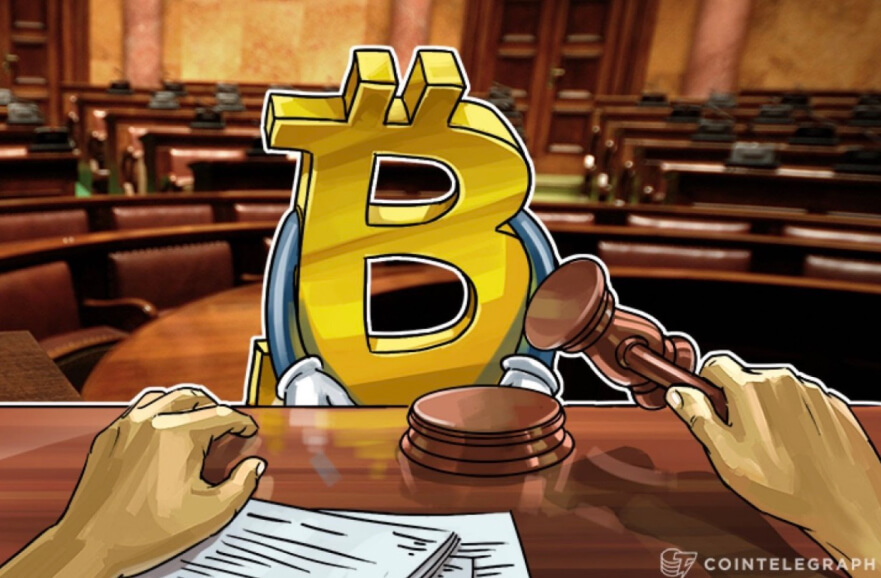 As mentioned earlier, cryptocurrency (specifically Bitcoin) is not illegal and never has been--it’s simply been used for illicit purposes, beginning with The Silk Road, essentially putting bitcoin on the map for all the wrong reasons, despite the genuity behind its utilization.