What is Kyber Network?

Kyber Network is an Ethereum-based protocol that allows for the instant exchange and conversion of digital assets and cryptocurrencies with high liquidity. While similar to the 0x project, the network’s biggest competitor, Kyber differs in that it performs all of its actions on the blockchain. 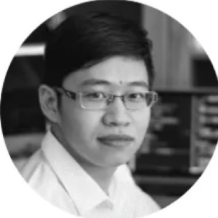 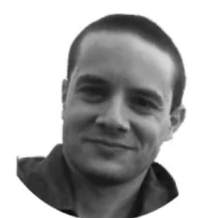 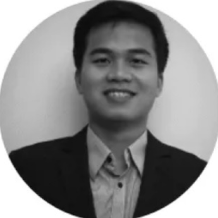 Created by Loi Luu, Yaron Velner, and Victor Tran, Kyber Network has an impressive advisory board, which includes none other than Ethereum’s Vitalik Buterin.

In short, the network is used as a medium to transfer tokens from person-person, serving as a P2P system as well as a host for ICOs. Kyber doesn’t require a sender’s tokens to match the recipient’s desired tokens---Kyber Network takes care of this conversion during the transfer.

Let’s run through an example:

Bob owes Sally 0.01 ETH for a hotel room they shared on vacation. The problem is that Bob only has REP, despite Sally requesting ETH. How do they solve such a dilemma?

Through Kyber’s protocol, Bob’s REP can be converted directly to the ETH Sally is requesting.
When Bob learns about Kyber Network, he learns from the network interface that the conversion rate for the REP--ETH transfer is 1 ETH = 16 REP.

Next, Bob puts in a request to Kyber to convert 0.01 ETH worth of his REP to send to Sally. The Kyber contract, which controls the token reserve warehouse, first checks that Bob included enough REP in the contract, to see the conversion through. Basically, there’s no option for overdraft or under-spending here.

Once the contract approves that Bob has enough REP on his end to begin the conversion, the contract then sends the 0.01 ETH to Sally’s address. With the Kyber Network standard contract wallet, Sally sees the transaction as if the funds came directly from Bob’s address (rather than Kyber’s). Brownie points to Bob!

At the end of the transaction, Bob pays a small additional fee which gets added to the reserve pool in which the ETH originated. 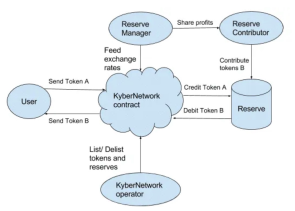 So, how does Kyber Network stay so flush? It maintains its liquidity through the “Dynamic Reserve Pool”, which contains all of the Reserve Entities in the system.

“Reserve Entities” bring liquidity to the platform, internally or hosted by a registered third party. Depending on whether the public contributes to their reserves, determines whether they are classified as “public” or “private”.

They answer to the Kyber Network Operator, which has the power to add and/or remove Reserve Entities, in addition to controlling which tokens are listed.

By having multiple entities in the pool, the network prevents monopolization and keeps exchange rates competitive. When a user requests an exchange, the smart contract makes the exchange through the Reserve Entity with the best exchange rate for the user.

The Reserve Manager maintains the entire reserve, calculates exchange rates, and enters the rate into the network. In exchange for their service, Reserve Managers earn profit through the spreads they set for their reserves.

Additionally, they also benefit from increased volume by having access to the overall Kyber Network and a Kyber-provided dashboard to help them manage their reserve.

If you are a Star Wars fan, you probably associated the name with the Kyber crystals used to power lightsabers in the George Lucas universe. And you’re not wrong. Kyber’s native token, Kyber Network Crystal (KNC) was in fact named after these very crystals.

Reserve Managers are required to purchase the ERC20 token to operate a reserve on the network. Each time an exchange occurs, the network charges a small KNC fee to the reserve, which goes towards operational costs and rewarding those who bring trade volume to the network. Once the KNC is used, the remaining KNC tokens are burned, or removed from circulation, which helps make KNC deflationary. 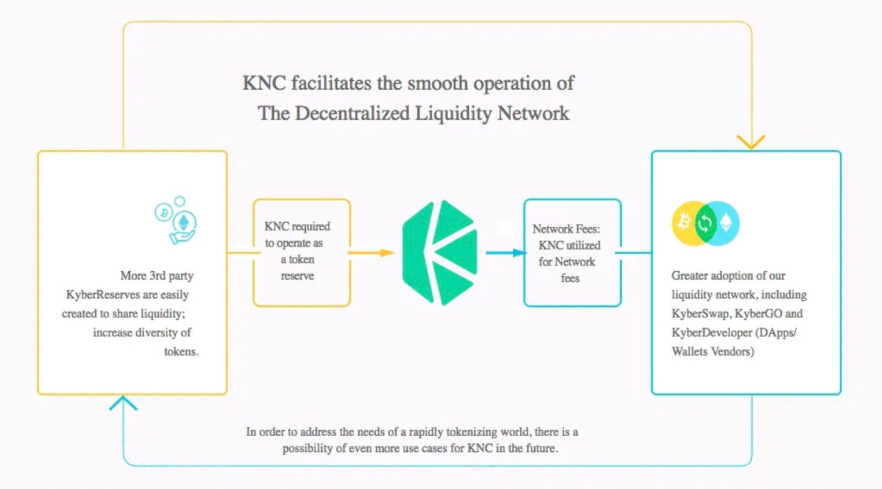 Of course, the system has internal mechanisms designed to prevent bad actors in the reserve pool. Kyber makes all exchanges through a transparent fund management model, which will flag any exchange rate for special approval.

For those looking to purchase KNC, KyberSwap allows users to buy ETH directly with their credit card, which can then be used to swap for KNC. Otherwise, exchanges like Cryptoexchange.ae, Binance, Huobi, and OKex also trade KNC.

In July 2020, during the (then-ongoing) COVID-19 pandemic, Kyber Network launched the Katalyst network upgrade and introduced the KyberDAO with it, a decentralized autonomous organization, or DAO, that allows KNC holders to participate in the governance of Kyber Network. 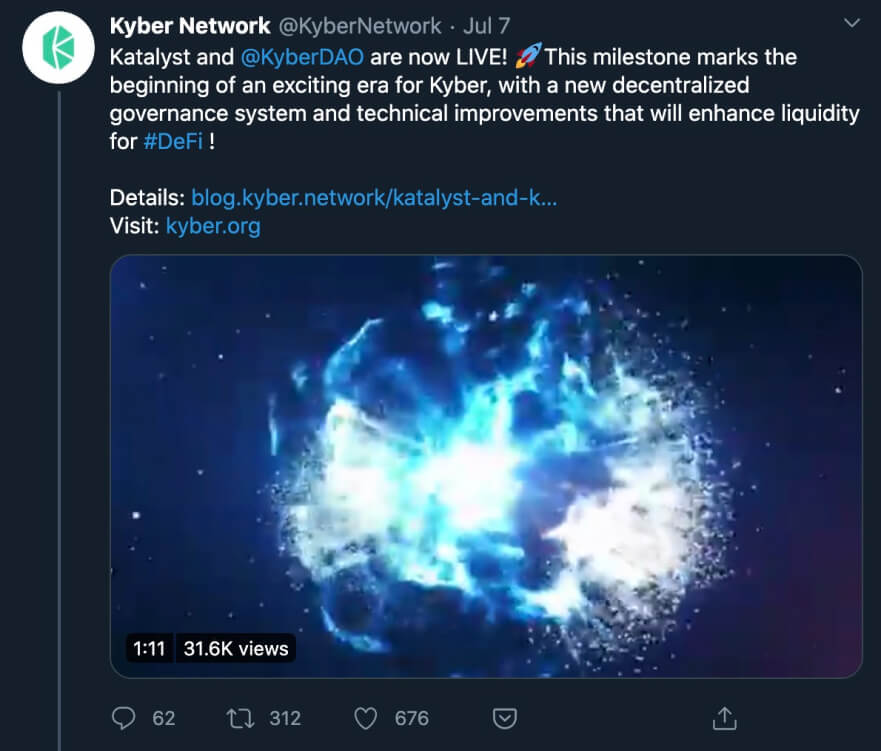 Excitingly enough, Kyber hopes to solidify its positions s a one-stop-shop for token swapping on Ethereum and powering liquidity.

As for the value it brings to the DeFi protocol, it’s certainly driven up trading volumes, promoting demand for KNC to increase four-fold in the previous six months.

However, due to the ongoing concern surrounding Ethereum’s extremely high gas gees (which of course yield high transaction fees), Kyber Network is currently exploring (with difficulty) other layer-2 protocols to work with, to help make the platform cheaper and more efficient to use.

In January 2020, Binance Research estimated around 35,000 active users on Kyber Network. In March, the network survived what many consider to be the project’s “first true stress-test”, when the protocol supported $33 million worth of trading in a single day without any significant glitches, despite cataclysmic volatility in broader markets.

Back in May, CoinDesk described Kyber Network DEX as a mere “proof-of-concept”, to show the protocol can allow on-chain trading functionality, where many wallets and other DeFi platforms such as Uniswap and Trust Wallet are also connected to the backend of Kyber’s protocol.

As of October 2020, the Kyber Network protocol is considered to be the 5th most-popular DEX, with approximately $5.4 million worth of reserves in its DeFi systems, with Uniswap and IDEX trailing.

It’s predicted that by 2021, the value of assets locked in DeFi systems will grow from roughly $1 billion to $8 billion.